“Promos” is the eighteenth episode of the ninth season of the American comedy television series The Office and the 193rd overall. The episode was written by Tim McAuliffe and directed by Jennifer Celotta. It originally aired on the National Broadcasting Company on April 4, 2013. The episode guest stars sports star Ryan Howard, Chris Diamantopoulos, Nora Kirkpatrick, and Allan Havey. Former lead actor Steve Carell also appears through archival footage.

The series—presented as if it were a real documentary—depicts the everyday lives of office employees in the Scranton, Pennsylvania, branch of the fictional Dunder Mifflin Paper Company. In this episode, everyone in the office is excited when international promos for the documentary surface, but are soon horrified to discover how much candid filming has taken place. While everyone panics about their secrets being revealed, Pam Halpert reflects upon how much she and Jim have changed over the past nine years. Dwight Schrute makes Angela Lipton jealous when he starts dating a Brussels sprout farmer. Meanwhile, at Athlead’s office in Philadelphia, Jim and Darryl Philbin have a big meeting with baseball player Ryan Howard, who pitches a bizarre sci-fi sports movie about himself. 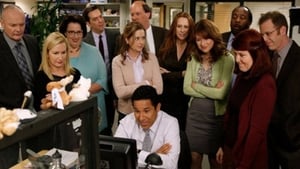